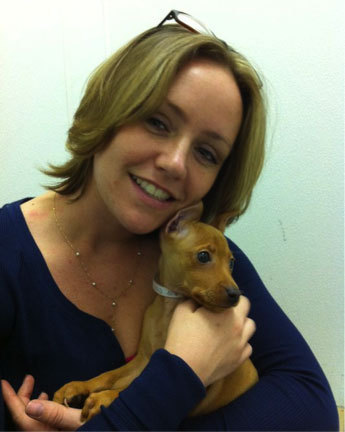 Michelle Bennett Fremen (BAIN ’15) considers herself a non-traditional student. A mother of two and wife to a First Class Petty Officer in the U.S. Navy, she came to NCC in 2013 after serving in the United States Navy as a MH-60S helicopter mechanic. She is currently pursuing a concentration in Legal Studies, and a double minor in Women and Gender Studies and Social Justice.  “New Century College has become my home,” Fremen says. “From my very first classes in NCC, I began to learn the true meaning of inclusiveness and the responsibility those of privilege have to truly help make the world a better place.” In fall, 2013, she participated in a White House internship, working under the Executive Office of the President. In summer, 2014, she will take part in the FBI Honors Internship Program. She has been the NCC Envoy Treasurer since 2013, and has repeatedly made the Dean’s List.  “My life experiences lend a different perspective and one that I no longer have to question or suppress but can express with pride,” she says. “My passion is to continue the fight in law school and to one day make the voices of many repressed peoples heard.”