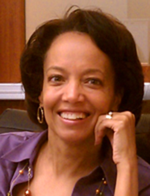 Dr. Pamela Garner is Associate Professor of Integrative and Interdisciplinary Studies in New Century College at George Mason University. She is trained as a developmental psychologist and is interested in the social and emotional development of preschoolers. Dr. Garner received her doctorate in psychology from Texas A&M University and she completed a NIH Fellowship in Developmental and Behavioral Pediatrics at the University of Texas Medical School at Houston. She has had academic appointments at several other institutions, including the University of Houston and Virginia Commonwealth University. Her work is aimed at increasing the body of knowledge currently available about children experiencing serious social and economic risk, particularly with regard to understanding the mechanisms that facilitate positive developmental outcomes for these populations.

Dr. Garner’s decision to join the faculty of New Century College was motivated by its mission of integrating interdisciplinary knowledge, experiential, and lifelong learning that connects the classroom to the world. She is committed to active learning, independent inquiry, and research that responds to the needs of a diverse society while preparing students for responsible leadership and citizenship. Her area of interest centers on the development of emotional competence in early childhood and early elementary school-age children. She categorizes her work into two sub-areas: 1) examining linkages between emotional and social competence, 2) investigating parents’ and teachers’ beliefs, attitudes, and strategies around the socialization of children’s awareness, understanding, expression, and regulation of emotion, especially for children at biologic and environmental risk.

Before becoming an academic, Dr. Garner was a social worker managing a caseload of parents accused of abuse and neglect of their young children. She believed that she could do more to help parents find the support that they needed to deal with the challenges of parenting young children. Later, she trained as a school psychologist and conducted educational and psychological testing for children identified as high-risk learners. Although both professions are built around a crisis-management model, she became dissatisfied with her work and eventually decided to pursue a doctorate in Psychology and Human Development. She sees training in the three areas as critical to her development as a child psychologist as she was happily able to merge it with her love of books and writing.