In July and August, hostilities in the Gaza Strip left 2,131 Palestinians and 71 Israelis dead, including 501 Palestinian children and one Israeli child. Of Gaza’s 1.8 million residents, 475,000 are living in temporary shelters or with other families because their homes have been severely damaged. The extent of destruction has raised questions around culpability for war crimes on all sides of the conflict. International organizations including the United Nations Human Rights Council, Amnesty International and Human Rights Watch have called for independent investigation.

This panel will explore the relevant legal questions under international criminal law as well as the political issues related to ICC accession by Palestine. Panelists include:

NCC Professor Noura Erakat will moderate the discussion. This event is free and all are welcome to attend. 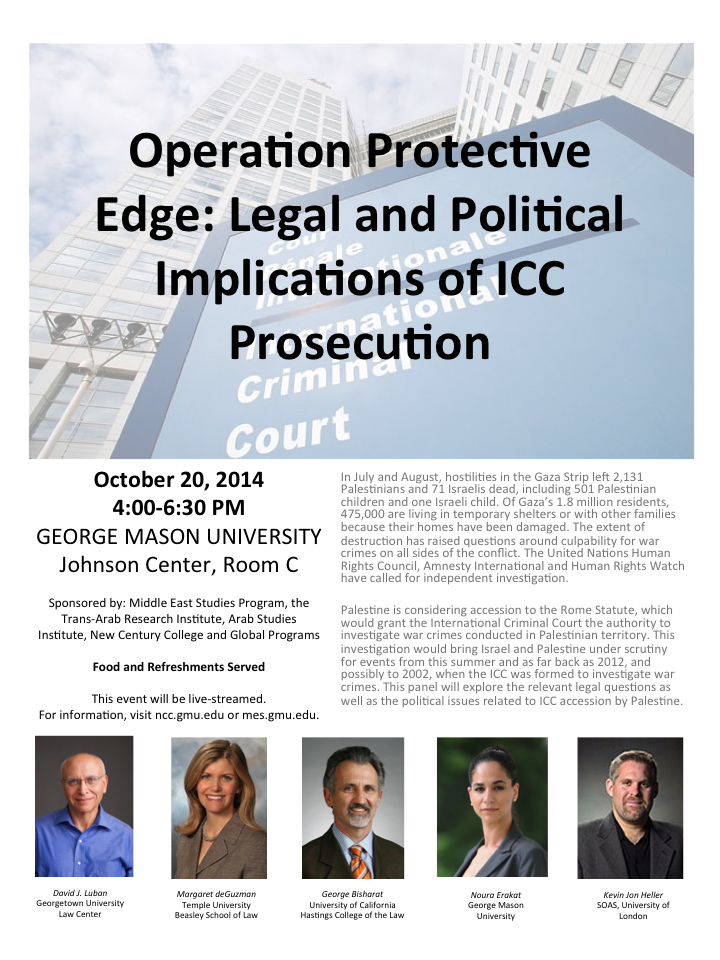